The family of iconic jazz musician Gay McIntyre were invited by the Mayor of Derry and Strabane, Alderman Graham Warke, to the Guildhall for a special reception in his honor on the opening night of the City of Jazz Festival in Derby.

The Mayor took the opportunity to pay tribute to the internationally renowned jazz saxophonist who was one of the original founders of the Jazz Festival and whose name has become synonymous with the event over the years.

Born in Stranorlar, Gay grew up in Derry and went on to play with legendary jazz musicians including Nat King Cole and Acker Bilk in a career that spanned 70 years.

He started playing saxophone after his family moved to Derry. He was still a regular performer in recent years and had a weekly gig at Bennigan’s jazz venue in Derry where he performed with younger generations of musicians.

He died at his home in Derry in October aged 88.

A portrait of Gay was unveiled at the reception and was displayed in the Guildhall during the festival which took place over the May bank holiday weekend. 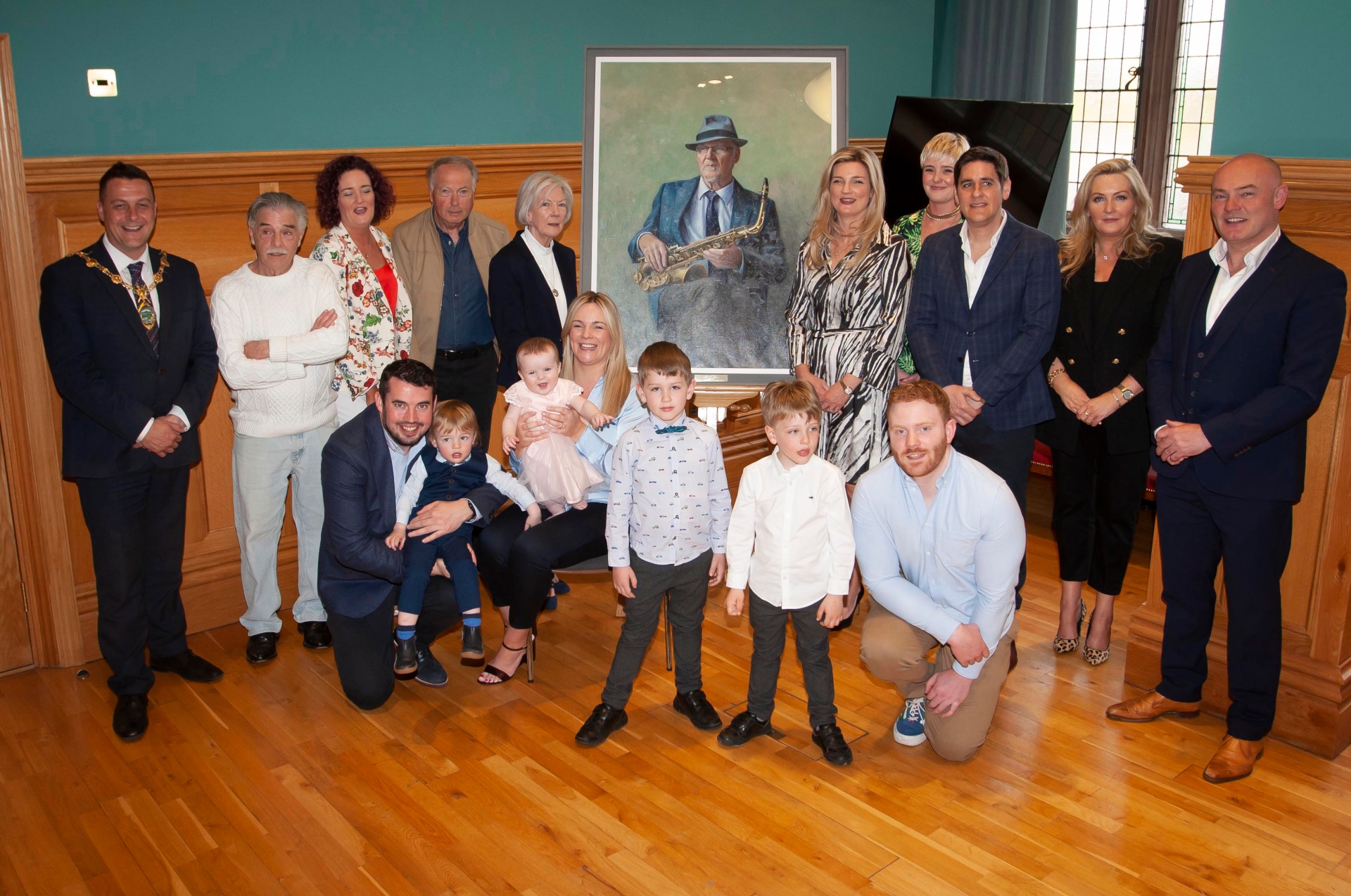 This year’s festival featured a number of events in his honor. Local jazz legends, including Gay’s own son, famed musician Paul McIntyre, came together to celebrate the music that Gay loved and brought to the people of Derry with such passion throughout his life.

The Gay McIntyre Stage was the focal point of outdoor activity at this year’s festival with performances throughout the weekend in Guildhall Square.