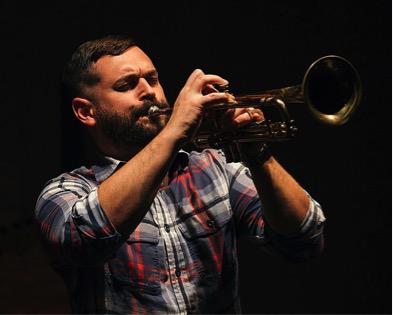 The Jazz series at the Palace Theater Poli Club resumes on August 20 with Gabriel Alegria and the Afro-Peruvian Jazz Sextet with their “Take Back The Stages” tour.

The New York Times says: “The Afro-Peruvian Sextet is well aware of its mission and its execution is a science” and according to Rifftides “The Sextet is writing a new chapter in the history of Latin jazz. This show represents a unique opportunity to discover in person one of Latin America’s best kept secrets.

The fall series kicks off on September 17 with the first of three shows featuring the Melissa Newman Quartet. Newman sings standards and prefers an intimate setting to his shows. The daughter of actors Joanne Woodward and Paul Newman, she is most comfortable singing in a local restaurant without a lot of spotlight. She has appeared several times at the Poli Club and often responds to requests from the public.

Also in the fall series, the Nick DiMaria Quintet on November 12 and the Dan Pugach Nonet on December 10. Di Maria is a New Haven-based trumpeter, songwriter, podcaster, activist and educator. He has worked with musicians of the highest caliber including Jeremy Pelt, Wayne Escoffery, Peter Bernstein and Jimmy Greene.

Dan Pugach is a GRAMMY® nominated drummer and songwriter living in Brooklyn, NY. He was born in Israel and moved to the United States in 2006. He was an Air Force Band drummer in the IDF while attending the Rimon School of Jazz. The Dan Pugach Nonet is an ensemble of nine musicians playing their original music and arrangements.

On October 15, the Alexis Cole Duo presents a postponed show from 2020, and tickets for the original date will be honored. Contact the ticket office for more details.

During her seven years with the Army Big Band, Cole had the opportunity to grow as a musician and as a person, sharing the stage with ensembles as diverse as the New York Philharmonic and Kool and the Gang. The singer’s career has taken on an exciting new lease of life, with recent accomplishments including concerts at famous venues such as The Carlyle, Carnegie Hall, Birdland, Jazz at Lincoln Center and the Blue Note; and performances as a soloist with prominent orchestras such as the Boston Pops and the Detroit Symphony.

Show hours are at 7:00 p.m. and 9:00 p.m., doors and bar opening at 6:30 p.m. Seating is general admission. Tickets are available for the entire three-show series which includes reserved seats at each show. The series is produced by New England Arts and Entertainment. Tickets are available at the Palace Theater box office at 203-346-2000 or at www.PalaceTheaterCT.org

Jazz performances at the Poli Club will follow all COVID-19 protocols as directed by the governor.