SYDNEY, NS — With a popular jazz festival already happening in late summer and early fall, Carl Getto knew there was an appetite for his favorite music year-round. He has therefore recently organized a series of winter concerts which will take place every week for the next three months.

The unfortunate pandemic has decided to stay longer than expected, forcing Getto to suspend its scheduled shows for the time being.

“I’m kind of in a waiting pattern and I’m waiting until the end of January to decide at that time where I’m going to go so all these shows get canceled,” Getto told the Cape Breton Post. “That doesn’t mean the Winter Jazz Series is canceled — but what we’re going to do is come up with a revised schedule in light of everything that’s going on with COVID.” 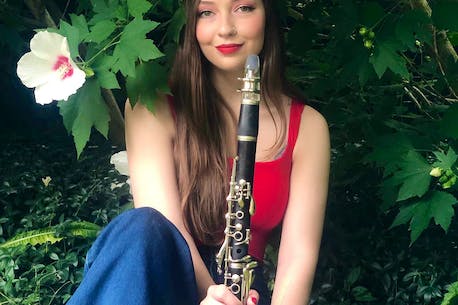 When winter concerts will resume depends on the province, which just extended current COVID-19 restrictions that include no arts and culture concerts until Jan. 31.

This means Getto’s series may need to be renamed for the season change.

Getto acknowledges that he expected there would be issues when he came up with the initial schedule in December. The province first announced restrictions in mid-December as COVID-19 numbers continued to rise.

“We had over 30 shows booked by the end of March. We were going to Bras d’Or, New Waterford, Glace Bay, including those Sydney shows so… it kind of turned that thought around. I’m still planning on getting it, it just got delayed.

While no musician likes to disappoint fans, Getto also doesn’t like to disappoint musicians who rely on concerts for their income.

“Musicians are restless and they can’t wait to get out there and some are depending on it for the money they make to support themselves. That’s the main reason the Winter Jazz Series was created – at the benefit of the musicians who have devoted so much time to it.

On the bright side, the delays will mean getting to those gigs could become much easier for players and audiences alike.

“We may not have to deal with bad weather.”

The village band resumes its regular classical and jazz concerts